Vegan Fesenjān inspired stew. Khoresh-e Fesenjān , also known as fesenjan or fesenjoon, is a Persian stew (khoresh) that originated in the Gilan province of Iran. It's made from ground walnuts and pomegranate molasses (syrup/concentrate). A hearty stew of toasted walnuts, pomegranate molasses, onion, and spices. 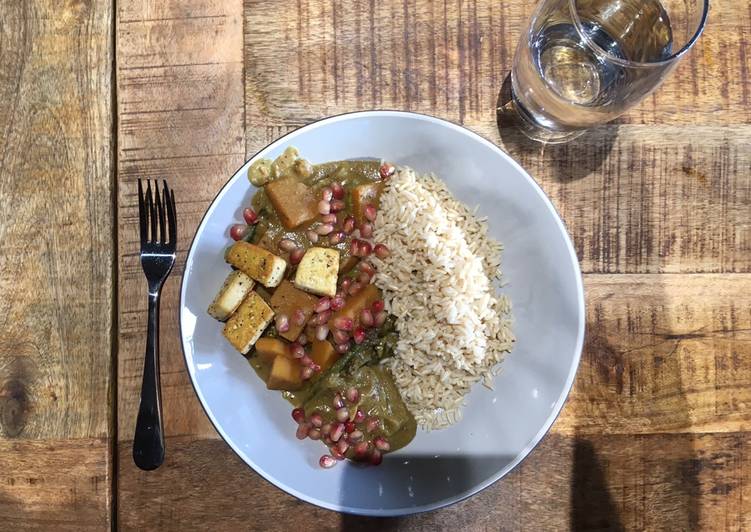 A hearty stew of toasted walnuts, pomegranate molasses, onion, and spices. The traditional version calls for ground walnuts and slow-cooked chicken. I found sourcing ground walnuts in the UK virtually impossible so I substituted them for almonds and made it more vegan-friendly. You can cook Vegan Fesenjān inspired stew using 12 ingredients and 6 steps. Here is how you cook that.

The squash adds a little sweetness, which bala. Fesenjān is a Persian stew typically made with some kind of meat cooked in a sauce made… Mains Vegan Fesenjān (Fesanjoon) European Print Recipe. I have adapted this recipe to be Plant Based Vegan by using tempeh as. Vegan Lentil Fesenjān (Pomegranate Walnut Stew).

Vegan Lentil Fesenjān (Pomegranate Walnut Stew) Vegan Lentil Nut "Meatloaf". Pomegranate seeds can be added for added flavor and a pretty presentation. If the stew is too sour, sugar may be added to sweeten it up a bit. Enjoy! * Gluten-Free folks, please use GF Flour. ** Depending on which brand of Pomegranate Paste you use, the color of the stew may vary from a deep burgundy to brown. No cream necessary in this decadent vegan peanut stew, which gets its flavor from peanut butter and spice.